Today was the first full day back at sea and my final leg to Chile. The chart plotter was indicating that we have a total of 2,012 miles to cover, which will take approximately 8 days. When I woke up I had waves smashing against my cabin window, and the boat was rolling from side to side – more than I had experienced so far. When I went up onto the bridge it turned out that we had a south easterly (27kn winds), and a big swell that was passing through. To stop the boat slamming down after each wave we slowed down and headed east, diagonally across the swell, as this was the most comfortable thing for the boat, other than to turn around. This continued all day, and up until the end of my watch, so there was not really a lot to do in the day that would not be effected by the rolling of the boat. 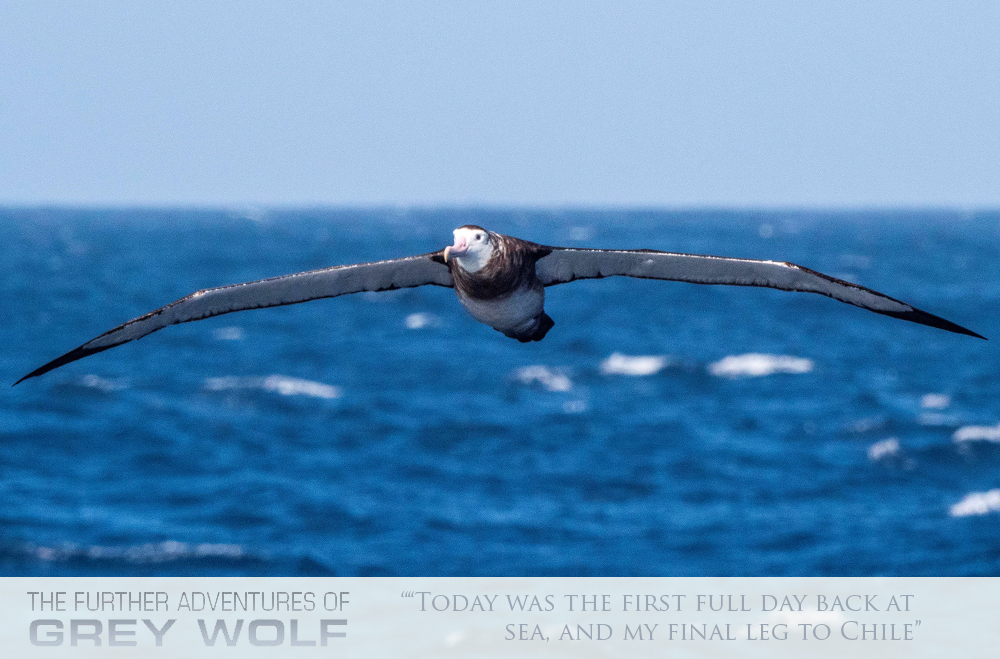 It was relatively calm today and expected to be the calmest of the days to come. We didn’t really do much in the day but it was nice and sunny, with very little wind. Thankfully it was my turn to cook, which was good considering it was a calm day. I learnt my lesson from last time and decided to make something simple – a nice easy stir-fry. In the evening there was an amazing sun set, so we decided to get one of the drones out and get some footage of it with the boat in the picture. When we had finished filming we realised the drone wasn’t calibrated properly and it came up with a warning saying ‘Maximum Distance Reached’. This put Simon into panic mode watching the drone hover in the same spot as we calmly motored away from it. We effectively did a man over board drill, swung the boat round on the spot (consequently throwing Jerry out of bed) and went back to get it. Eventually we did manage to get the drone back, and it makes for some interesting viewing. 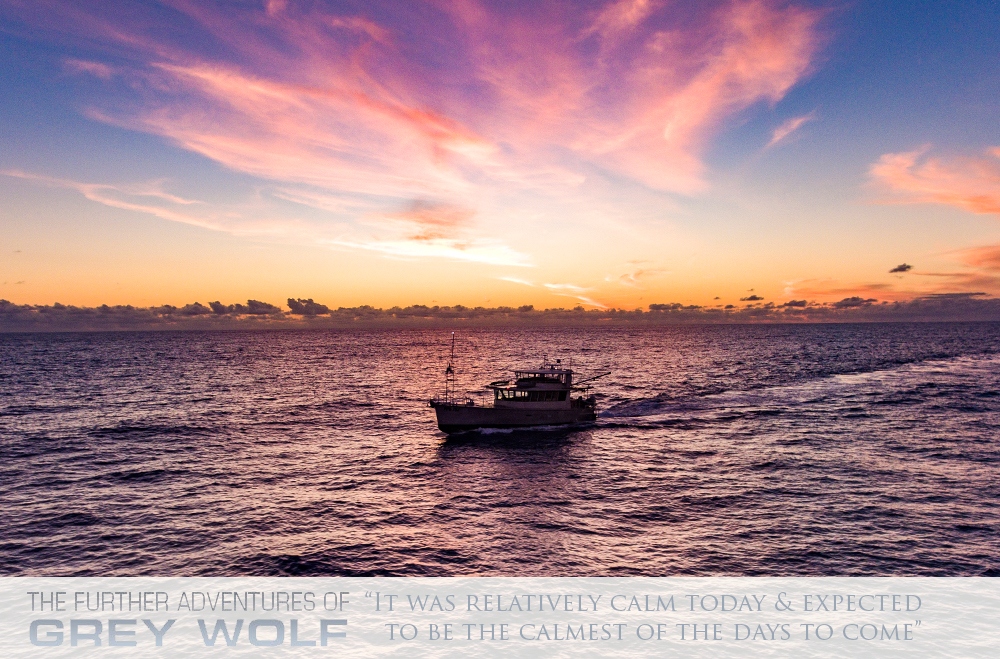 We have approximately 1,200 miles left until we reach Chile. Today I got shown how to do an engine room check properly, and learnt about what to check for and what to test. The purpose of an engine room check is to basically confirm what the electronics are telling us, and to look for things that the electronics can’t, like leaks, and smells. I also had another lesson with Simon on the weather, and we looked at the three weather systems that were forming and moving around us, planning out our route for the rest of the journey so that we didn’t put ourselves or the boat in any danger. The rest of the day we mainly spent securing everything and making sure nothing could move about, as we were expecting 5m plus seas to hit tonight, growing to 7/8m over the following days. 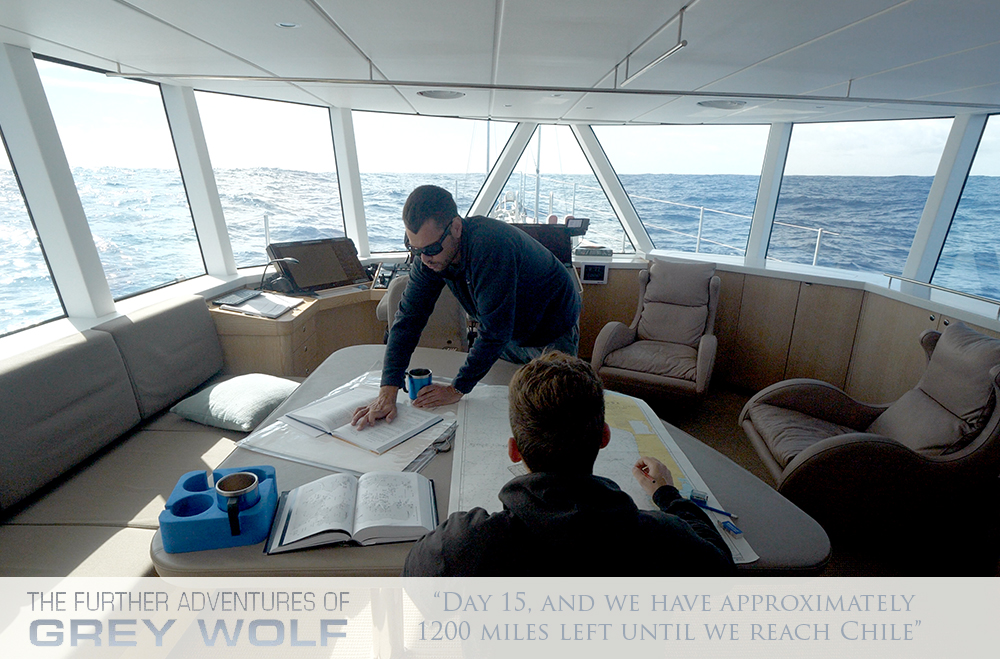 As forecast, today the swell had grown considerably over night, making it fairly uncomfortable to sleep, also forcing me to wear a seatbelt in bed so I didn’t fall out, that was a new experience. Once I had finished my morning watch, I somehow got roped into walking to the bow of the boat with Simon to take some photos of the boat and the waves, the photos are pretty good but I cant say I will willingly do that again. The rest of the day I did some more weather, and it turned out the forecast had changed again, and gave us a chance to head direct to Puerto Mont in a small weather window, meaning are ETA was now early Thursday morning. 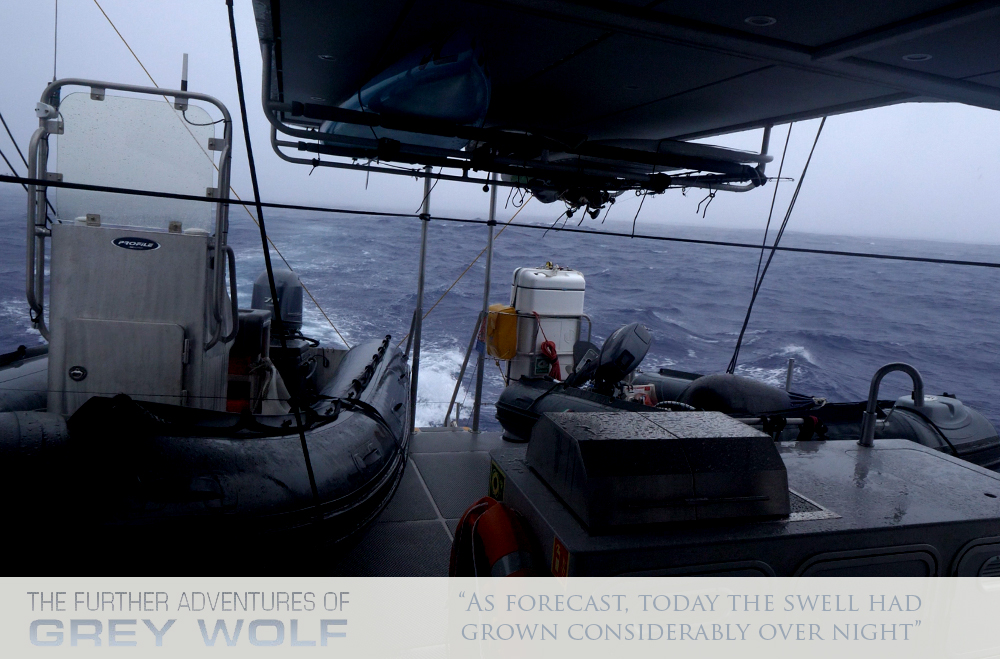 This morning when I woke up the wind had dropped, but the swell had grown, some of the waves measuring 7 metres. However, because the wind had dropped it meant the waves weren’t breaking and it was just a rolling swell that wasn’t to uncomfortable. Once I had done another uneventful watch, I did some more chart work, plotting our new direct route to Puerto Mont, and working out how long it would take us, and how far it was. From our current location I worked out it was around 900 miles, and would take us 90 hours, or 3.75 days. The rest of the day I did some networking, trying to get the boats computer systems to talk to each other, which eventually we got to work. 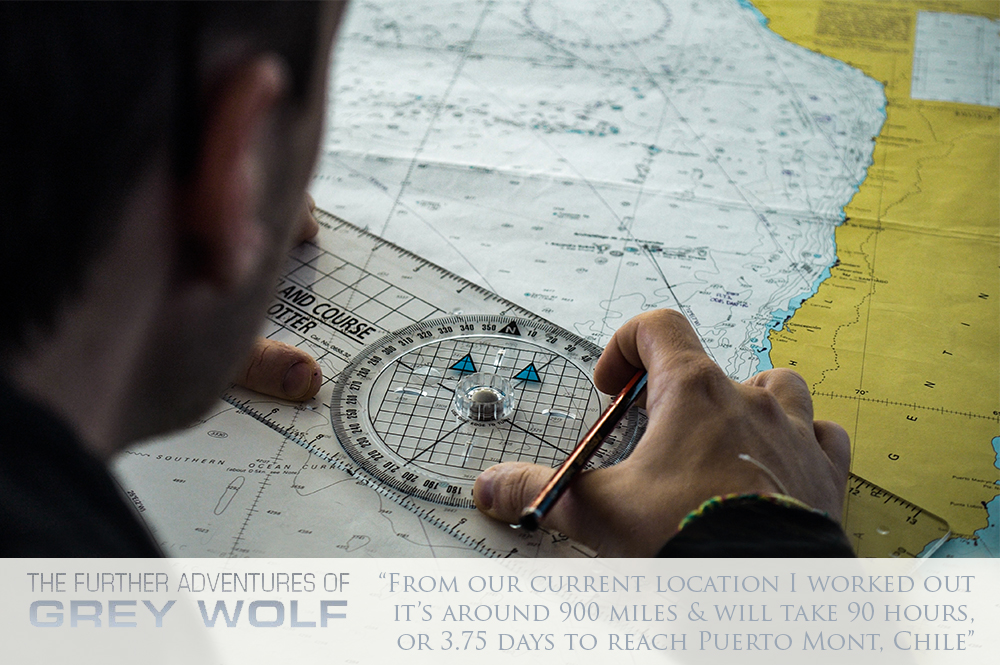 Today was a fairly busy day, I started by running in a new charging cable for the emergency torch in the owners cabin, because it had short circuited inside and now wasn’t working. I then had a lesson on knots with Simon, how to tie them all, what they should and shouldn’t be used for, and then I went through my MCA training book with Peter, and we went through all of the things I was competent with and he signed them off. We are now approximately 650 miles away from Chile, and the closer we get the more wildlife we are starting to see. At the moment we have a pair of Albatros’ that are following the boat, who seem to disappear every time one of us get a camera out, but also a lot of different types of birds coming around the boat, mainly because with the waste food we chuck over board, this means we’re a reliable food source for them, as well as attracting fish that they can swoop down to get. 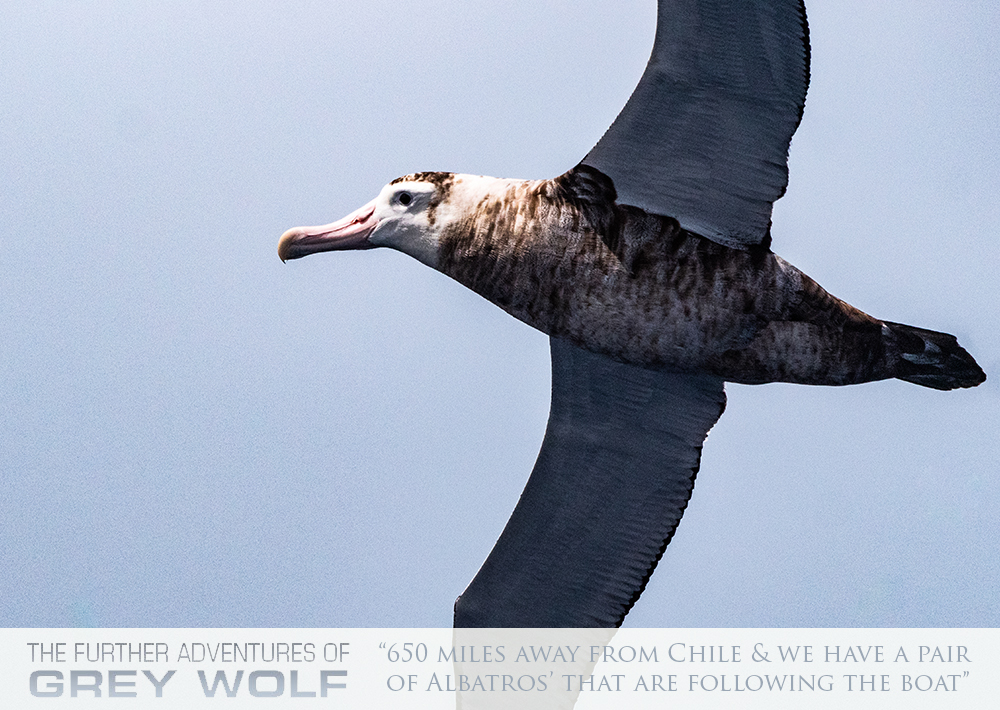 Now approximately 400miles away from Puerto Mont, Chile. The weather is starting to get a lot colder, the sea temperature is now around 14 degrees, and the air temperature around 12. The weather has now created a perfect window into the channel, with a system all around us. The sea has got a bit more uncomfortable, with only a 2 meter swell but with 30 knots of wind making it choppy, and making the boat feel like a washing machine. Apart from that, not very much happening today, Peter and Simon getting paperwork ready for the port authorities and the Armada so we are prepared, whilst I tried to work out why the boat speed keeps dropping out. 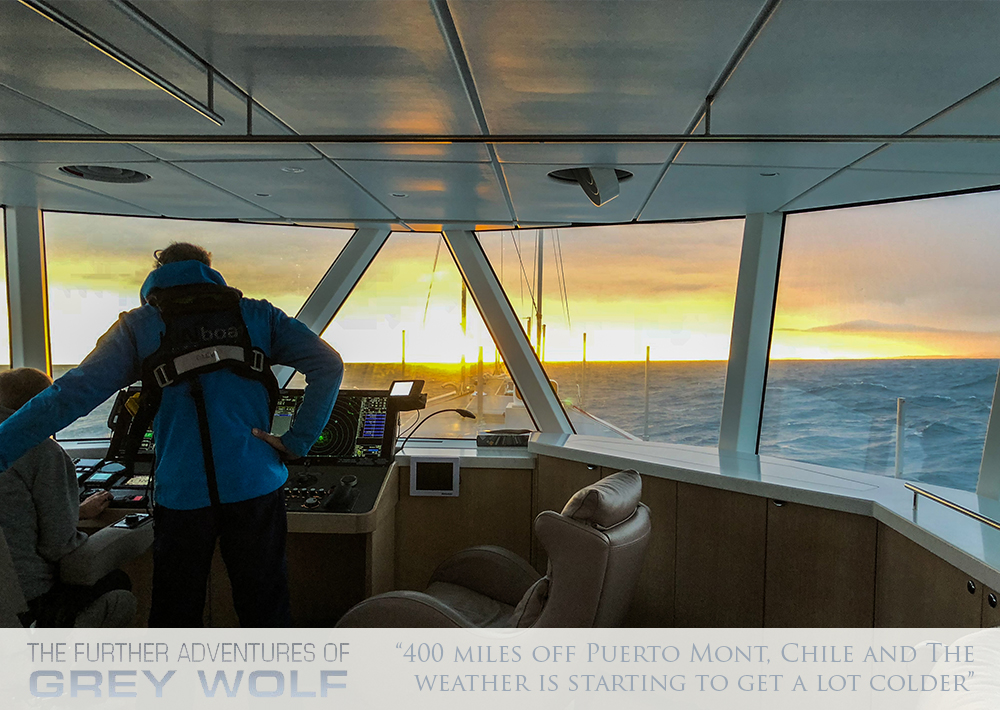