On arrival in Trondheim, Norway’s third biggest city, we found it an eclectic mixture of new and old architecture. We bid farewell to Jeremy with a delightful meal; he was sadly returning to Guernsey to look after his brand new kitten!

We departed at mid-day, which was later than planned. I had to go sort out my data card again for the umpteenth time. We travelled for a couple of hours along the coast, and behind the outer islands. We’ve found the sea state up here is always good if you can get behind the islands – would you believe you can travel in almost any weather?!?

We arrived in Kristiansund in the morning, and as per, gathering of provisions was top of our list of things to do. It can be quite challenging working in a language that you have absolutely no understanding of. But to our surprise, most Norwegians speak such fluent English that it’s rarely a problem. They’re incredible; switching into English at the drop of a hat. Even the shelf stacker in the local Co-op will happily help you, and they’re so friendly. We saw a small super yacht, with its helicopter ready to collect the owner, and a crew of at least 8 hand polishing the yacht.

After picking up some friends (Alison, Donald and Alex), we set off from Kristiansund. We DID NOT get far! This was the first time for a long time in open sea, and we had relied on the protection of islands since arriving in Norway. With time on our side, having left port sooner than planned, to slow down our amble to Bergen, we pulled into a lovely protected anchorage and spent the night there. The slow cooker was ready with pork cooked in cider, and a mustard sauce.

We set off with Alesund as a target; it was a really nice day weather wise. On the way we saw a marine ambulance tied up at the dock, some lovely houses on the water’s edge, and at one point, a marked channel through two islands. Alex made us bread in the afternoon. When we arrived in Alesund we basked in the sun, with Trevor playing his guitar, before going for a walk around the town. 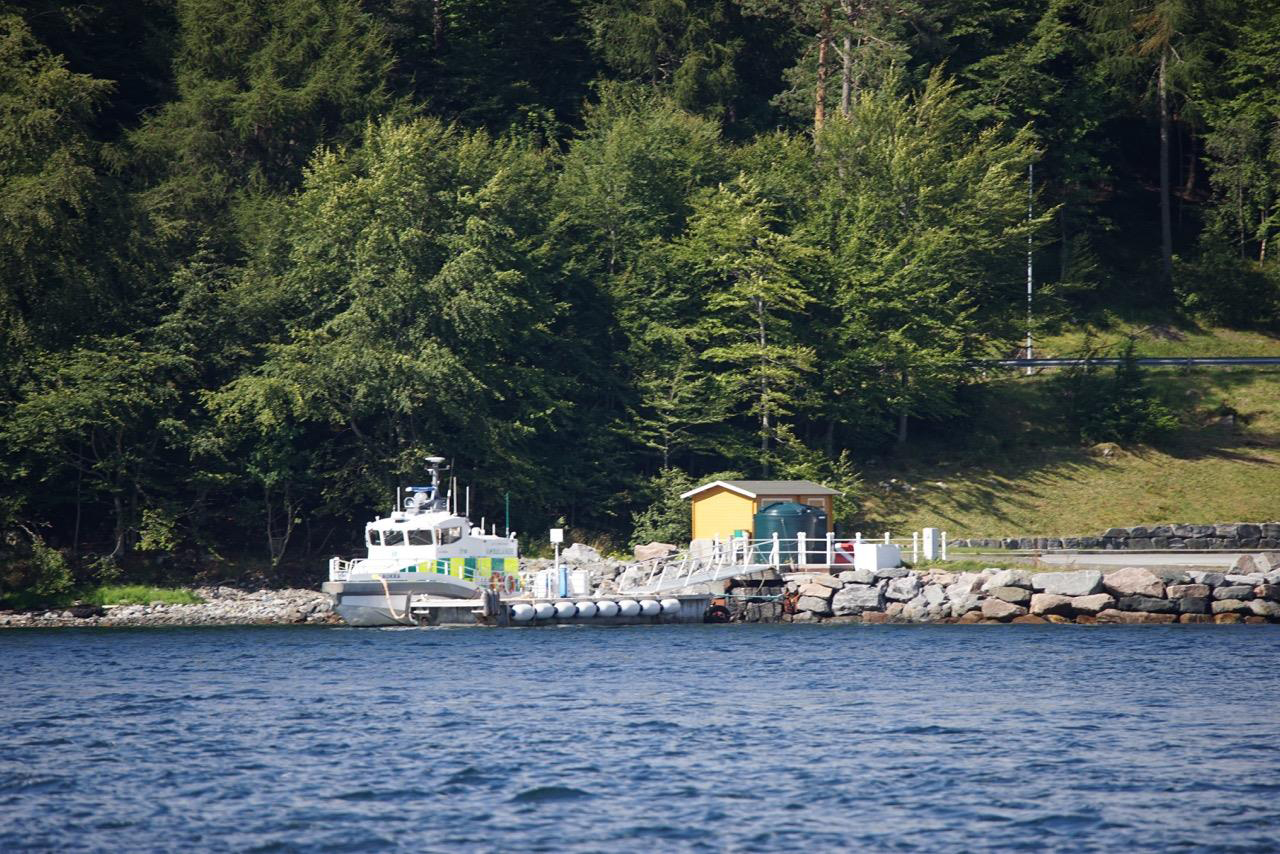 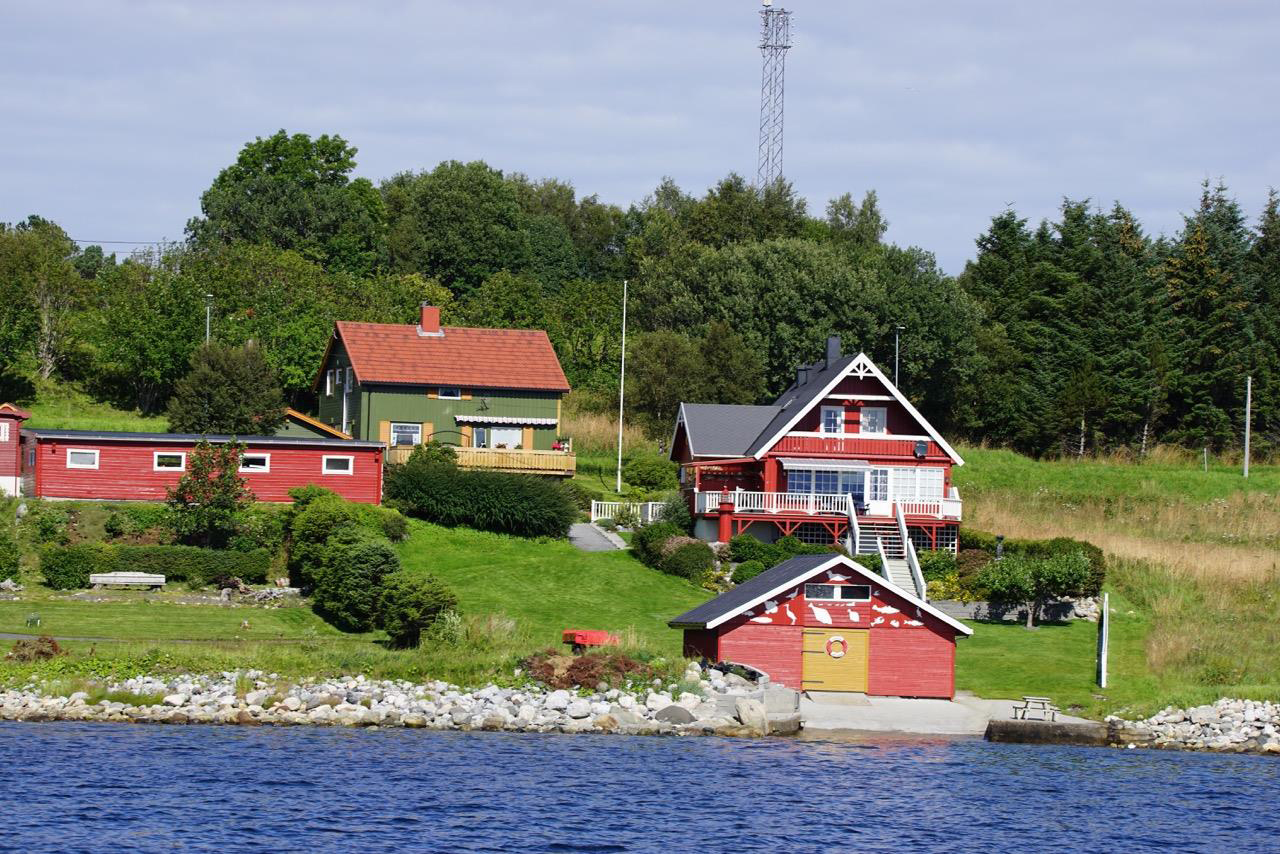 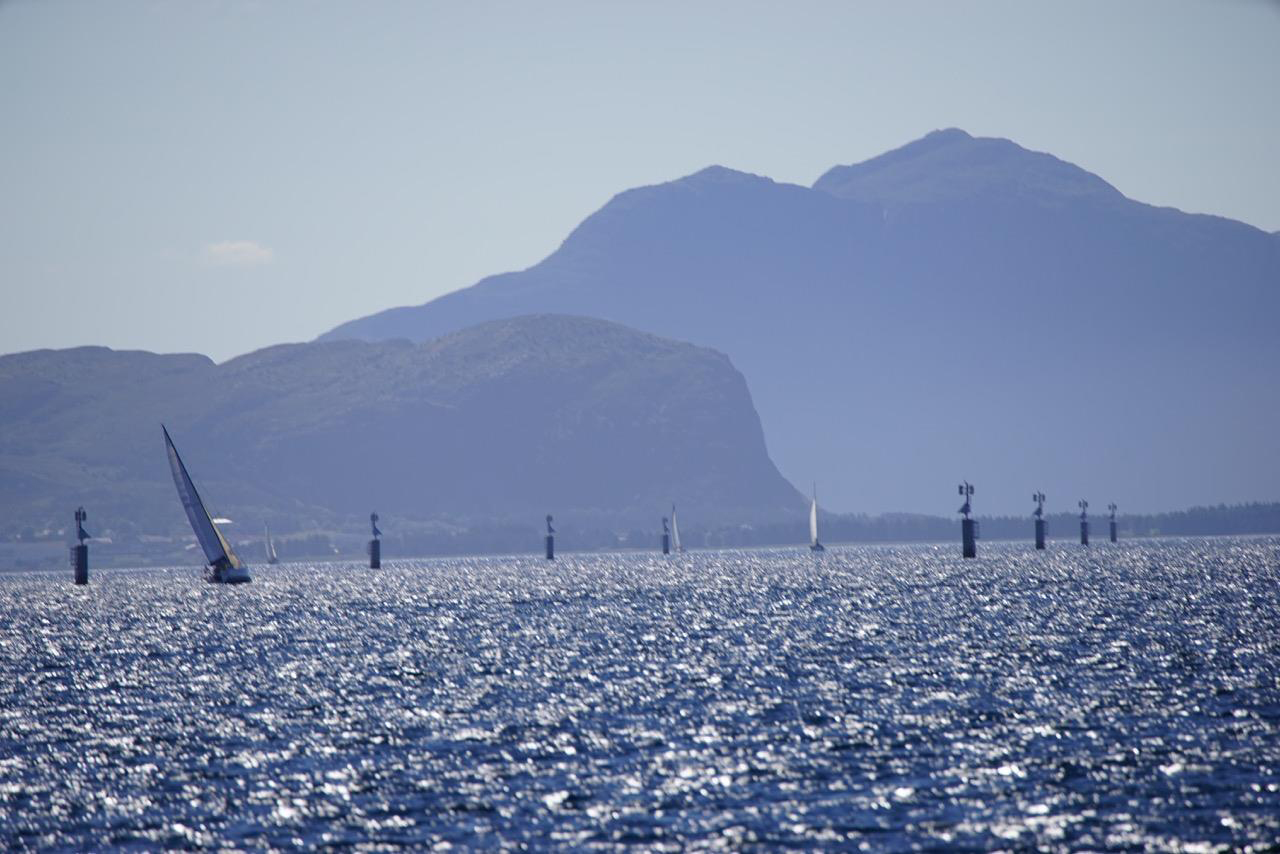 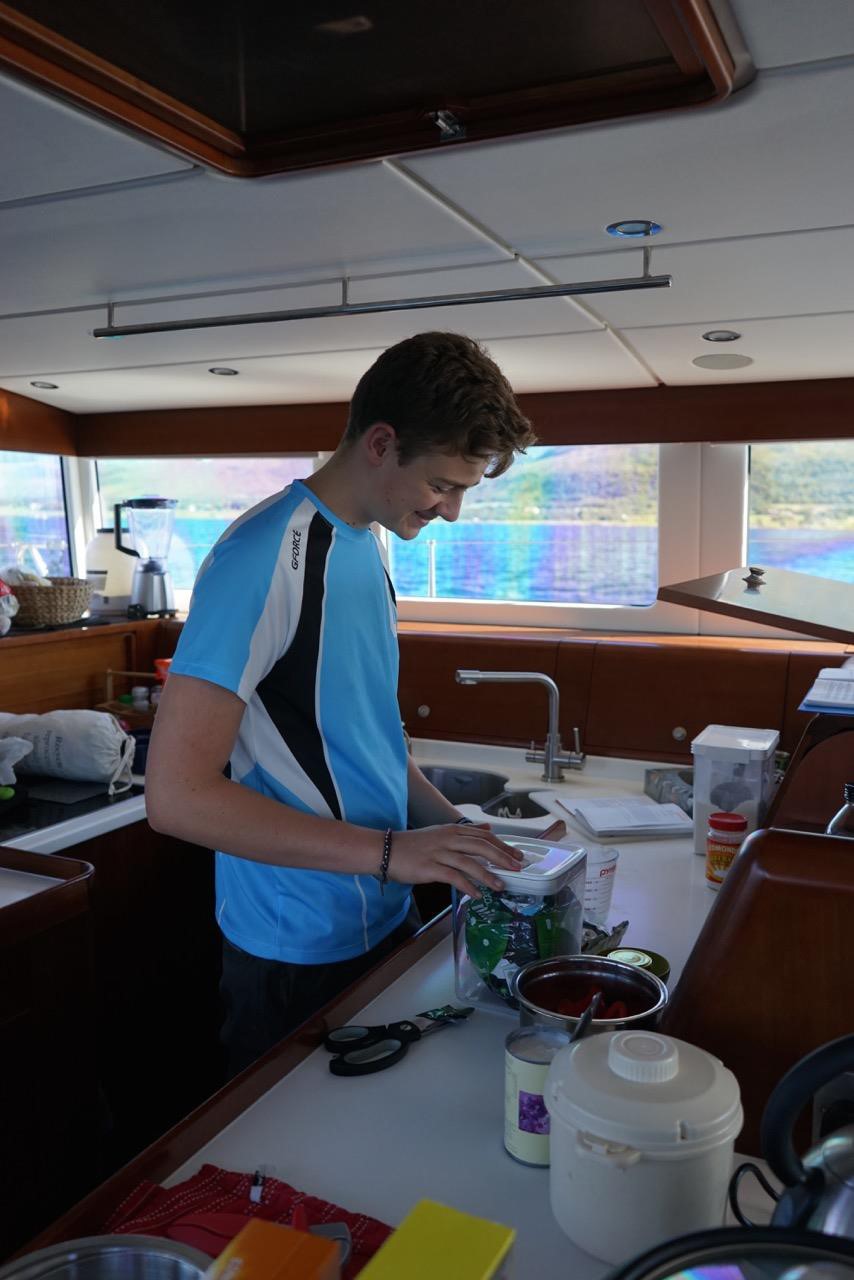 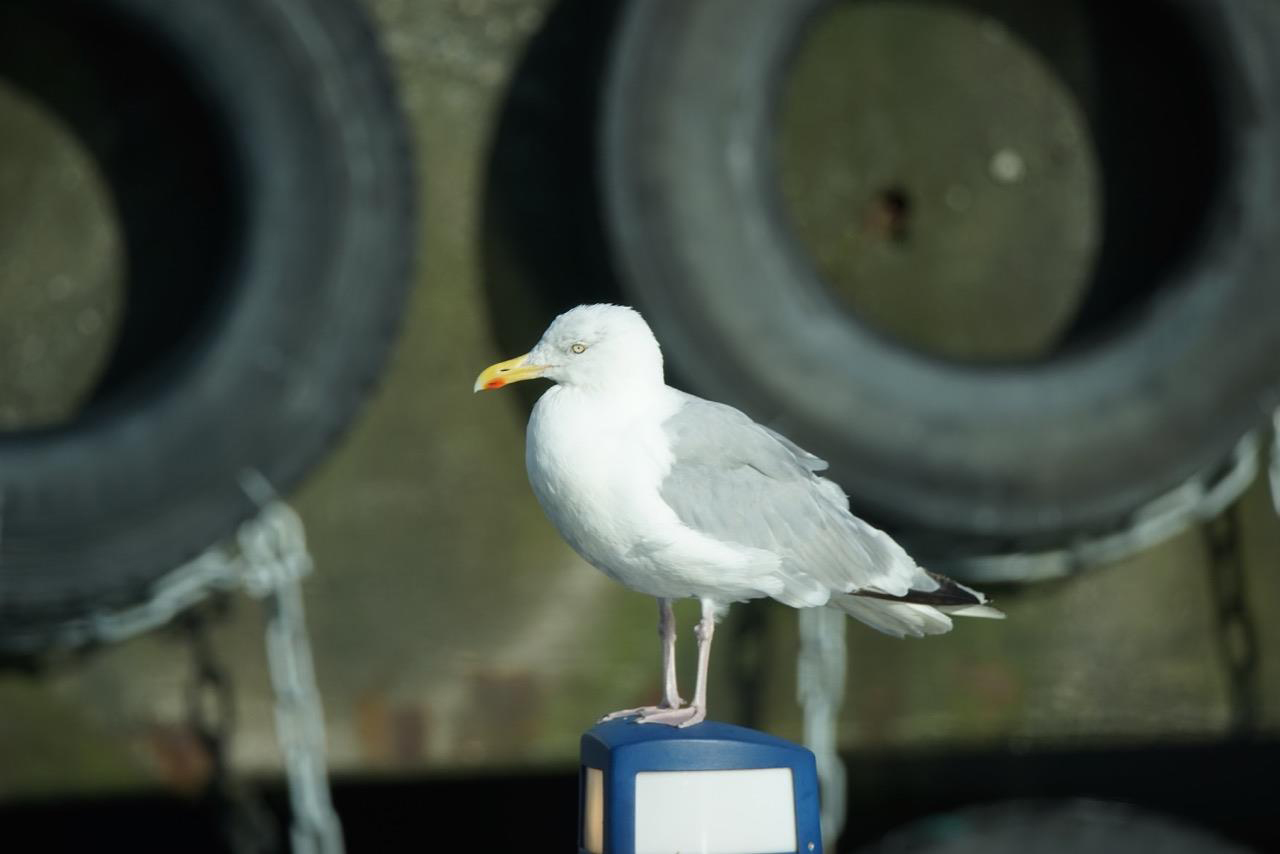 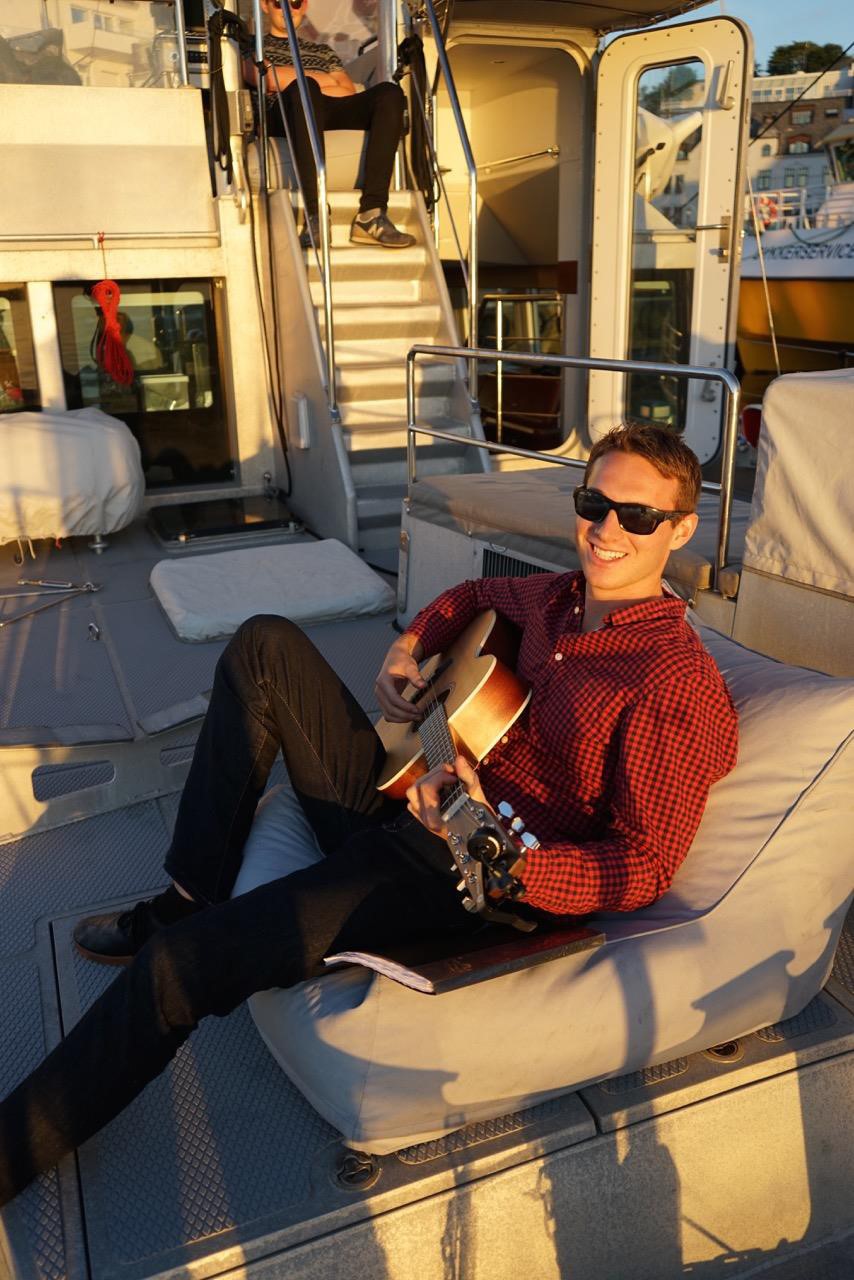