Feeling Rough, Glacier Manoeuvres and Storms on the Horizon | News from Apprentice Steph

A note from Berthon’s Lymington HQ landlubbers. We will be taking a short pause with updates for the holiday season. Make sure you tune back in early 2019 for the end of Steph’s voyage and continued feature style content from FPB 78 #2 GREY WOLF II. Fair winds and good sailing this Christmas and New Year.

To make up for the lapse in communication, herewith a 2nd video teaser to wet your appetites. As you might expect, there is a LOT of video coming to us from on board FPB 78 #2 GREY WOLF II, so keep your eyes peeled in the coming weeks, months… etc. 24 days processed and counting.

I woke up around 0630 still feeling rough and then woke up again at 0830 ready to start the day. The views were stunning and we had lovely weather. Today was just a day for gaining ground.

On the way we saw dolphins and a whale, so stopped to try and take pictures but they soon disappeared. I had to get an early night again to try to adjust my sleep pattern for my watches so promptly went back to bed. 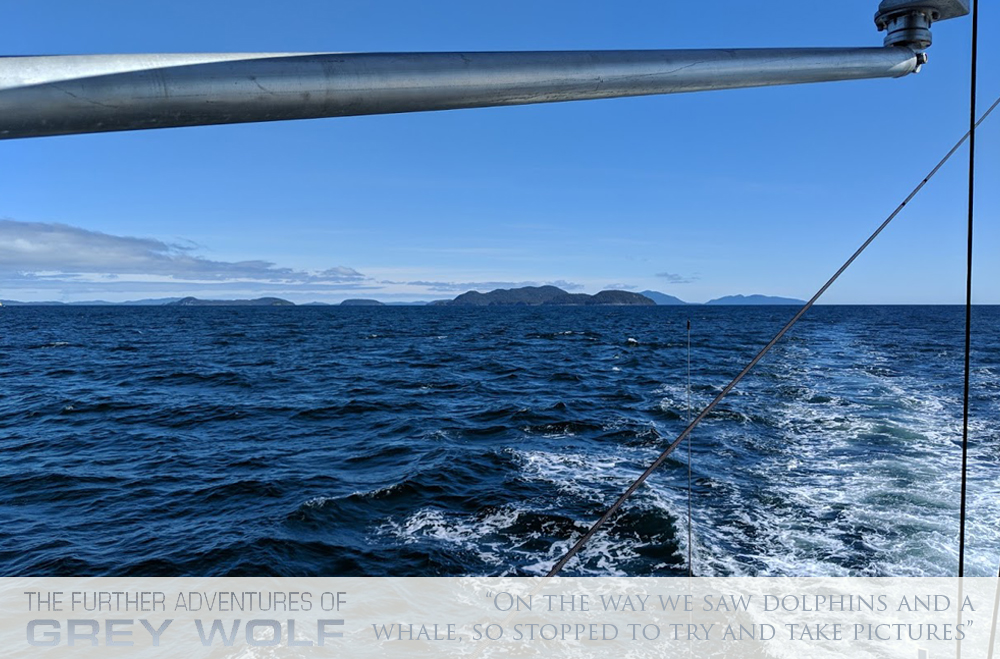 I woke up at 0130 for my watch, which was uneventful as we were at open sea. Other than a few other boats, nothing else came up. I went back to bed at 0600. I woke up and had lunch with Evie and helped her do some prep for the guests arriving.

Later in the evening, we saw red patches in the water that we presumed were kelp. Then we looked a bit closer and thought they were fish. Simon went down and put a net in the water to see what they were and it turned out there were millions of lobsters schooling on the surface. The small lobsters ended up clogging up all sea strainers, which was a bit of a pain.

I woke up again at 0130 for my watch and as I got upstairs I was told I could go back to bed as the channel we wanted to go though was inaccessible at night due to how narrow and shallow the area was.

I didn’t think twice about my option so went back to bed.

We arrived at the glacier around 1330 and dropped anchor a couple of miles away from it. Just in case any ice sheared off, we needed to be far away.

Simon, Matt and I went on a little trip to an island around the corner so they could do some fishing. They didn’t catch anything so we decided to go on a little hike up to a lake on the island, which basically turned out to be a large bog.

Everything on the island was so dense it was hard to walk through the trees and plants. However, the view was lovely so definitely worth it.

When we got back Evie, Simon, Matt and I dropped the tender and all went over to the glacier. Getting closer we realised just how big it is. Simon launched the drone and got some awesome footage up and over the glacier.

It started to get really cold so we went back to the boat for dinner. We checked the batteries and saw they were dropping so we turned on the generator, 10 minutes later we came back to check the strainers and again they were clogged up with lobsters. This was starting to get really annoying, so we had to turn the generator off again. We decided we would go watch the sunrise at 0500 on the glacier. 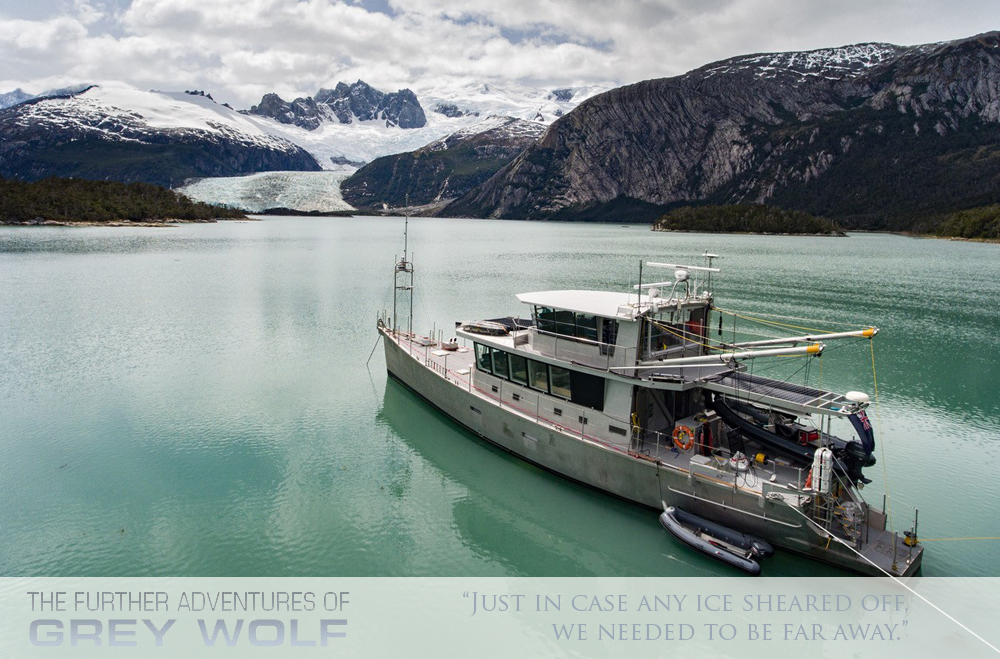 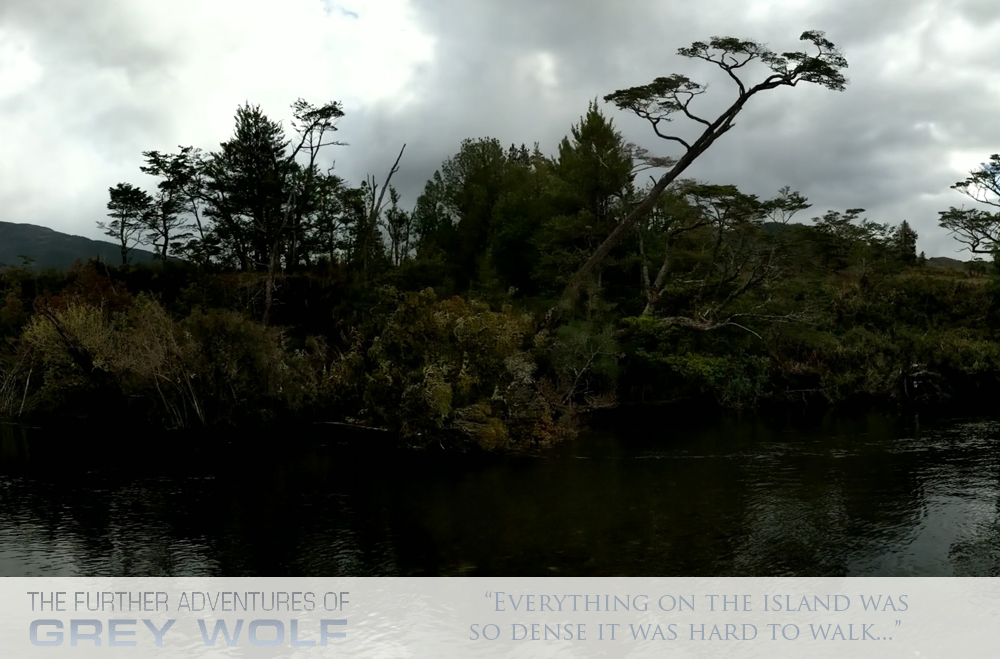 I woke up at 0500 to watch the sunrise but it was really cloudy and I think everyone had overslept apart from Jerry, who was awake as per usual.

We decided we would go see the glacier later when everyone else was awake, so we dropped the tender and saw the dolphins coming towards us.

Matt and me started driving around and played with the dolphins for about 1 hour. We then went back to the glacier in the tender with GREY WOLF following to take some final pictures. Then we lifted the tender back up and continued the journey.

Today we are expecting the start of a big storm so we found a sheltered anchorage and the boys started sorting out the shorelines. Evie and I did some cooking.

We spent hours making sand biscuits, which everyone seemed to enjoy. They were gone the second we took them out the oven. Then we started on dinner, which definitely was not burnt.

That evening Simon, Matt and I decided to go on another fishing trip. We arrived at the first little island and dropped anchor. On the shore there was a massive whale carcass. Matt then walked up to find it was the wrong island, so we went to the next one.

The next one was a hike away up in the mountains. We followed the waterfall up the mountain and made it to the lake. The wind was so strong at the top – around 40 knots. We had stunning views of all the islands. We headed back to the tender before it got dark, tried to catch a fish then headed back to the GREY WOLF at 2300. 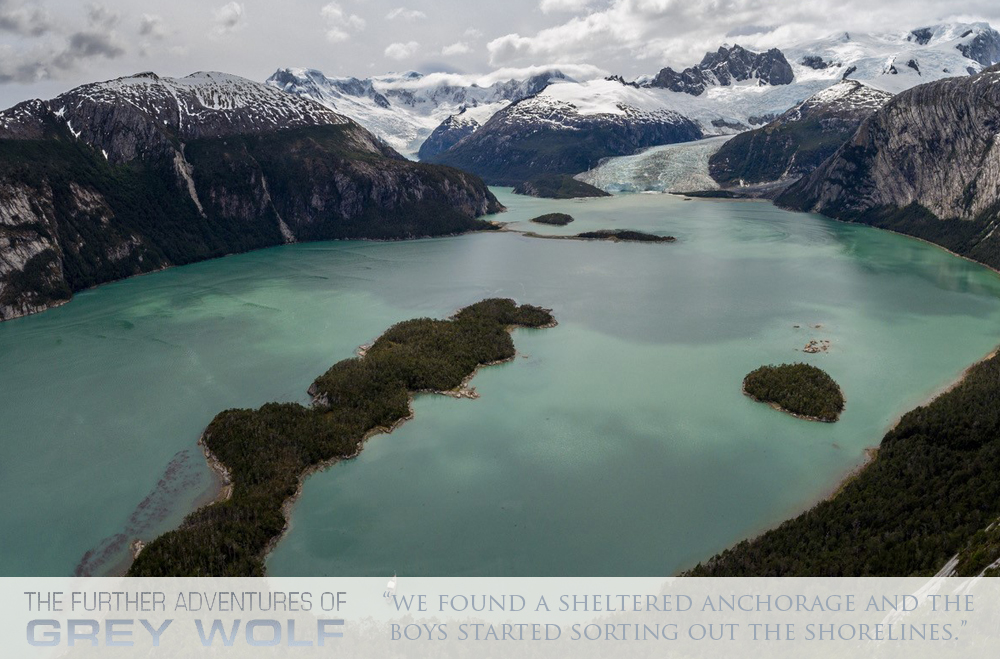 Today we stayed at the fisherman’s anchorage to get everything sorted and for us to gather ourselves.

Everyone caught up with their paperwork today as it was raining outside.

We heated up more leftover curry for dinner.

Evie and I did some baking then we all sat round and watched ‘Hunt for the Wilderpeople’.

This morning at 0400 I was woken up to the lovely sound of the anchor being lifted and couldn’t go back to sleep, so I got up.

Today we were going through a commonly known humpback whale feeding ground so we were all on the lookout for the day.

We saw lots of seals and penguins and a few other types of whales.

Towards the evening the wind started picking up as we were going to one of the more open canals. It was getting rather choppy, so we decided to stick with an anchorage we had read about.

It was getting towards 2130 when we dropped anchor, the anchorage was quiet and the water was flat.

Jerry and Peter went to bed as they were going to wake up early to carry on the journey.

The rest of us stayed up for a while and started watching some programs. The wind started picking up to around 50 knots sending the anchor alarm off waking Jerry and Peter up. The wind was still increasing and reached 115mph (100 knots), but luckily the anchor held. This seemed to be the peak but Simon and Matt stayed on anchor watch throughout the night. 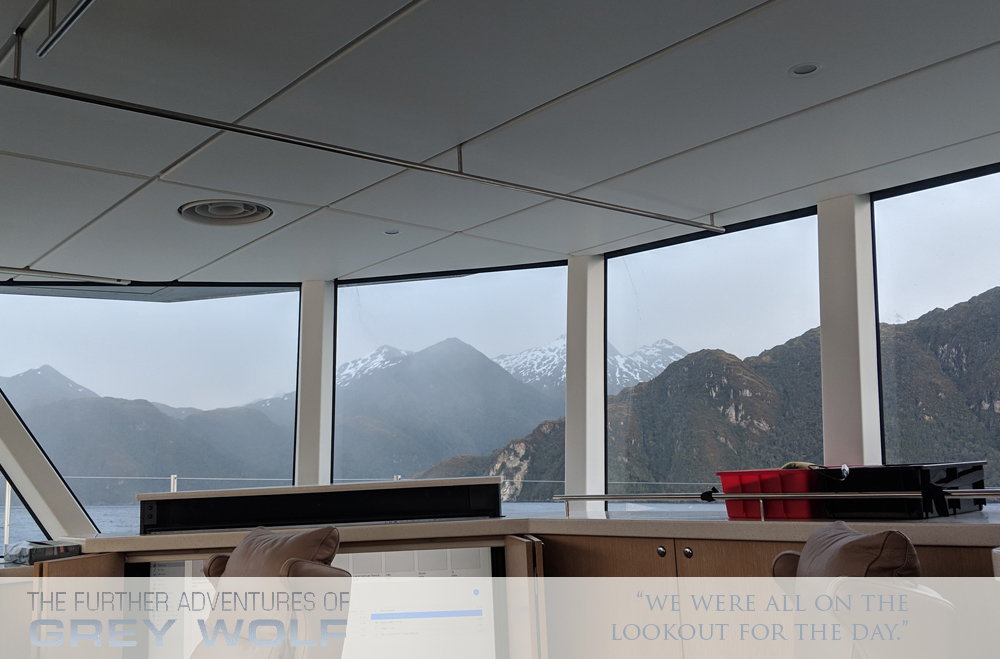 Updates will continue to be posted here – https://greywolf.berthoninternational.com/